No Qualms About Crumbs

This could be places in mythology, local legends, fantasy realms in books. Places that have or suggest a magical nature.

Week 6 was extended into week 7 because I was a little distracted… with Paganicon! This was my second year attending and I think I loved it even more than last year. This years theme was “Sacred Grove” and I think that fit nicely with the topic.

A mystical space is not just what we see, but what we feel. When a ritual is done in a space over and over again, that space takes on a magic of its own. But no two people will feel that magic the same way. When we experience something profound in a normally mundane place, our perception of that space changes, making what was once ordinary magical. Though this change may only be in the hearts and minds of the people who experience it, it is no less sacred than any church or grove.

At the end of the convention weekend at Paganicon, a closing ritual is done to return the space to the mundane, but does this make the space any less mystical or magical? I don’t think so. The place will always remain magical in my memories of the events there. I will remember that feeling every time I return, whether a ritual is done or not.

I realized I never included in my last post WHY hellhounds are my favorite. I have updated the post to include why.

Next week’s topic is Ritual. 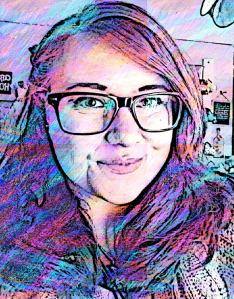 Rose Arkenhound is the founder of Dark Waters, a fringe themed community on Discord. She started this personal blog in order to pick up and organize the crumbs in her life. She loves her hound dog, Lovecraftian themed horror, and nature.